What is Phantom Limb Pain?

By definition, phantom limb pain is pain felt in a body part that is no longer there. It was once believed to be a mental health issue, but experts in pain management now see these as real pain sensations coming from the spinal chord and brain.

It can be experienced by those who have lost any body part but happens most often in missing arms and legs.

For some, phantom pain fades away without any treatment whatsoever. For others, a pain management doctor is needed to treat phantom pain with various treatments and medications. 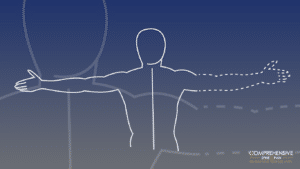 Pain manifests itself in multiple ways. Phantom limb pain is not the same for everyone, either. Patients report it feels like:

There have also been reports of it feeling like a “shooting” or “crushing” feeling. As you can tell, the reports cover just about every different type of pain you can think of.

When talking to your doctor, make sure to describe your pain as best you can. It can help them properly treat it.

How do we treat phantom limb pain?

There is not a medication out there specifically meant to treat phantom limb pain. It has only just been widely accepted by the medical community as something that is bodily and pain related, rather than mental.

Phantom pain is also commonly treated with non-invasive therapies. When you talk to your doctor, let them know whether or not you like the idea of medication. Many patients try to avoid taking medication whenever they can. 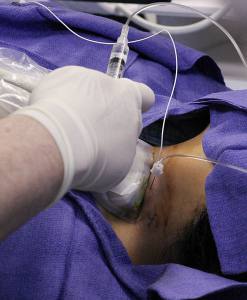 In between invasive and non-invasive, minimally invasive treatments can slightly damage the skin in order to treat what lies underneath.

What is coming in the future?

There are technological advancements booming all of the time. Virtual reality goggles, on the same page as mirror box therapy, can help a patient envision their missing limb as if it was still with them.

When exercises are done this way, allowing the patient to imagine still having both limbs, improvements have been made in the pain being felt. It is a mental phenomenon that is still somewhat mysterious. Almost a way of tricking the brain into “rebooting” and realizing that there is no longer a limb, negating the need for pain.

Get in touch with us.

Still, have questions? V.K. Puppala and the staff of Comprehensive Spine & Pain would be happy to help you talk about the pain you are feeling and the ways we can help you fix it.

Focused on a minimally and non-invasive-first mentality, we will help you with the goal of minimal downtime and recovery needed.